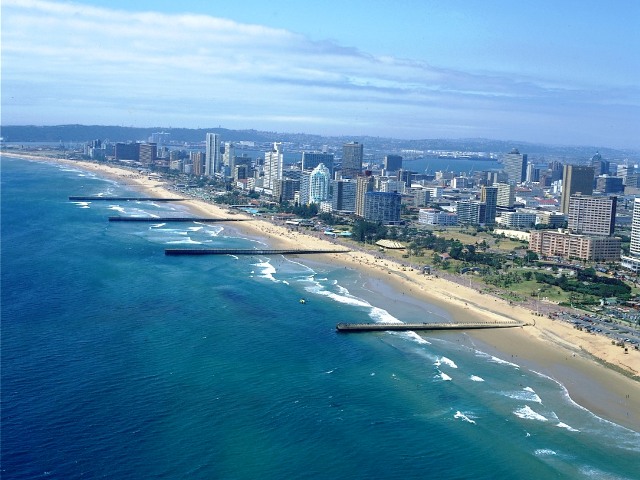 Having been one of the first markets to react to the 2007 downturn in the residential property market, KwaZulu-Natal has been relatively slow to respond to the current upturn.

“However the region has reflected a slow but sure return to above inflation house price growth and above average rental yields, but now what we are seeing is a scenario where the previously lagging KZN housing market potentially looks set to become the regional outperformer in 2015,” ,” according to Pam Golding Property group CE, Andrew Golding.

As illustrated by statistics provided in the Pam Golding Residential Property Index, since mid-2013 growth in house prices in this region has accelerated sharply, closing the price performance gap first with Gauteng and more recently, the Western Cape.

Golding goes on to say that the revival in the KZN residential market is largely attributable to growing interest in the region’s lifestyle offering. “The relocation of the airport to the North Coast, the prevalence of estates and good schools, along with the relative value for money on offer, has seen an influx of commuters, who have chosen to move to the region with their families. Investors have been re-entering the market, and with demand exceeding supply, the region is experiencing significant stock shortages.

“Pam Golding Properties sales confirm this upward trend through our extensive range of offices throughout the region. The growth to the north has stimulated sales in the Ballito region with attractive estate living as well as the holiday market and our office here is up 112 percent over last year. Mount Edgecombe has proven a highly sought after estate due to its central position and good schools in the area and PGP sales are up by 48 percent on last year, with a record monthly sales value of R71million in January alone, which included a R27 million property.

“In the Highway area, the central areas of Westville and Pinetown have retained their value and we have achieved increased sales here as well as in Kloof/Hillcrest, where PGP sales are up by 67 percent over last year. In areas such as Montclair and Bluff, where affordability is key, we have gained traction in the market. And turning further south, an increased demand for primary residential property has slowly crept into the South Coast from Amanzimtoti through to Scottburgh and even as far as Umtentweni where our sales have increased by 20 to 30 percent year on year,” says Golding.

He says looking ahead, the KZN residential market looks set to be the most vibrant this year, at least in terms of potential house price growth.

The Pam Golding Residential Property Index combines PGP’s own sales data to complement the Lightstone Repeat Sales Index and in so doing, brings the indices more up to date, overcoming the lag caused by the delay in reporting of registrations at the Deeds Office. This provides an even more accurate reflection of the most recent price trends in the market, particularly in some of the higher value segments. It also enables the building of unique sub-indices in the higher end markets, where transactions are fewer and less likely to be financed by banks.

The Index notes that nationally, after a temporary setback in 2011, the recovery in house prices has steadily gained momentum, and despite lacklustre economic growth and two modest interest rate hikes during the course of last year, a healthy average annual growth rate of 6.6 percent was achieved in 2014. This is a marked improvement on the average annual increases of 5.2 percent and 3.5 percent recorded in 2013 and 2012 respectively.

For homeowners and investors alike, last year’s stronger increase was particularly welcome since, for the first time since 2010, it exceeded the average inflation rate (6.1 percent), resulting in a small positive increase in real (inflation-adjusted) house prices during the year as a whole.

Influx of buyers to the Cape

“This relative outperformance can be attributed to the steady relocation of many South African homeowners to the Cape, coupled with the ongoing shortage of stock available in the region. It appears however, that the Cape housing market’s period of price outperformance has come to an end, as growth in the region’s prices peaked last year and is now approaching the national average.”

Interestingly, while growth in national house prices in the upper price band over R3 million outperformed all other price bands by a comfortable margin throughout the post-recession recovery, this trend has lost momentum. For example, in 2013, this upper price band registered an average annual increase of 11 percent, which was more than double the national average that year of just 5.1 percent. Growth in this upper income price band peaked in late 2013 and has since lost momentum, registering an average annual increase broadly in line with the national average in 2014.

Lower price band to the fore

As 2015 progresses, the Index points out that it is now the lower price band where prices are performing best and look set for positive growth, which may in part reflect the growing importance of the first-time house buyer in the local residential market. Within the lower price band, regional differences are again evident, with KwaZulu-Natal and the Western Cape the outperformers, while Gauteng price increases have remained broadly in line with the national average.

A further emerging trend is the increasing popularity of sectional title property as apartment living beckons a range of buyers seeking security, convenience and contained costs – as running a freestanding home is becoming increasingly expensive. Further fuelling this trend is the burgeoning demand for student accommodation in suburbs close to tertiary education institutions, which is in turn attracting buy to let investors.

We use cookies on our website to give you the most relevant experience by remembering your preferences and repeat visits. By clicking “Accept All”, you consent to the use of ALL the cookies. However, you may visit "Cookie Settings" to provide a controlled consent.
Cookie SettingsAccept All
Manage consent

This website uses cookies to improve your experience while you navigate through the website. Out of these, the cookies that are categorized as necessary are stored on your browser as they are essential for the working of basic functionalities of the website. We also use third-party cookies that help us analyze and understand how you use this website. These cookies will be stored in your browser only with your consent. You also have the option to opt-out of these cookies. But opting out of some of these cookies may affect your browsing experience.
Necessary Always Enabled
Necessary cookies are absolutely essential for the website to function properly. These cookies ensure basic functionalities and security features of the website, anonymously.
Functional
Functional cookies help to perform certain functionalities like sharing the content of the website on social media platforms, collect feedbacks, and other third-party features.
Performance
Performance cookies are used to understand and analyze the key performance indexes of the website which helps in delivering a better user experience for the visitors.
Analytics
Analytical cookies are used to understand how visitors interact with the website. These cookies help provide information on metrics the number of visitors, bounce rate, traffic source, etc.
Advertisement
Advertisement cookies are used to provide visitors with relevant ads and marketing campaigns. These cookies track visitors across websites and collect information to provide customized ads.
Others
Other uncategorized cookies are those that are being analyzed and have not been classified into a category as yet.
SAVE & ACCEPT